As a mum of three boys I was constantly looking for pyjamas that all three of them would wear, and be happy in. I’m not a fan of pyjamas with cartoon characters all over them, or the boys-in-leggings look, and I actually found the choice quite limited.So I decided to produce my own range. I was inspired by the pyjamas my mum dressed me in when I was little, which were handmade for her in Laos by her amazing Lao nanny, many years ago. 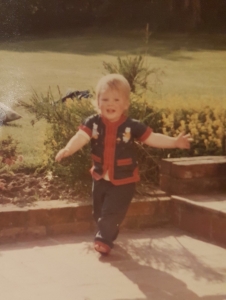 Me in some Pyjamas made by Moy Moy. 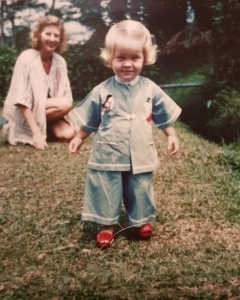 My Mum in another pair, a few decades earlier!

Three North Stars pyjamas, named after my very own three North boys, are a similar eastern style. They’re made of a cotton and linen mix, so they’re beautifully soft and light against the skin. There are three fabulous colours, and zero fiddly buttons. Make your little one feel and look like a little Emperor or Empress!

I hope you enjoy them as much as my boys do. 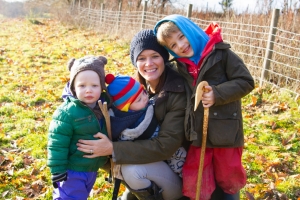